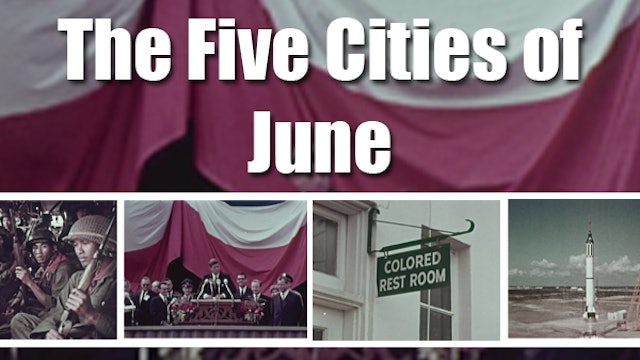 The Five Cities of June

The government-sponsored film details the events of June 1963 in five different cities. In the Vatican, the election and coronation of Pope Paul VI; in the Soviet Union, the launch of a Soviet rocket as part of the Space Race with the United States; in South Vietnam, fighting between Communists and South Vietnamese soldiers; in Tuscaloosa, Alabama, the racial integration of the University of Alabama opposed by Governor George Wallace, and in Berlin, President John F. Kennedy's visit to Germany's Rudolph Wilde Platz. 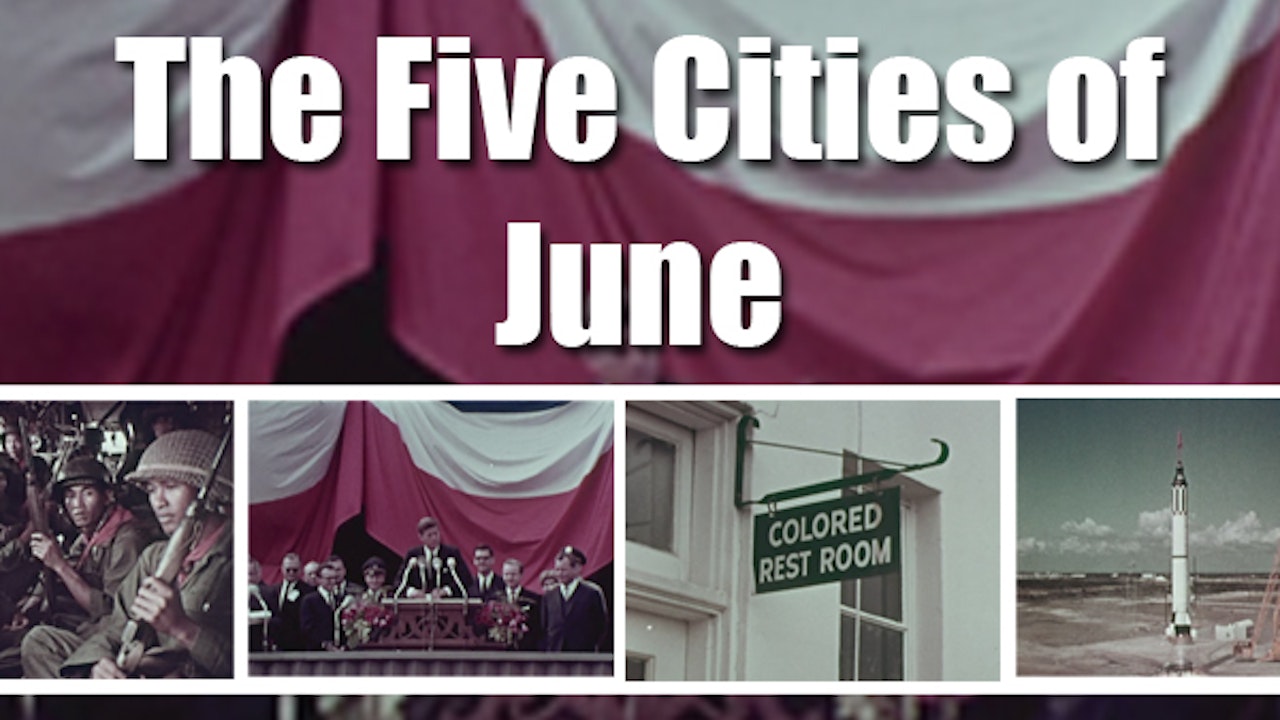